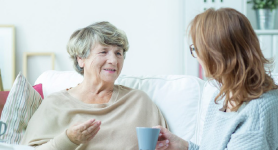 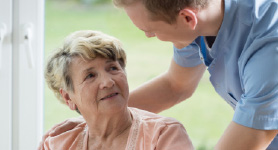 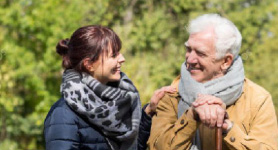 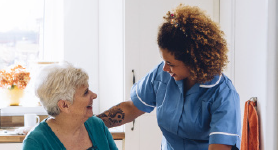 The lovely Florrie was 98 when she was referred to Nayland Care in 2018 following a stay in hospital with Pneumonia.

Florrie’s story makes for a compassionate home care case study. Up until being in hospital, Florrie had lived a very active, independent life at home and had only just stopped driving. In Florrie’s words, this was “because I needed a new car and it would outlive me and so I won’t bother”.

On Florrie’s discharge from the hospital, it was agreed that she would move in with her daughter as she was very weak and frail. At the time of the assessment, Florrie made it clear that she was frustrated at having to have help as she had been so independent. She had spent her early years in domestic service and then once she married and had her own family, she was always looking after the older generations of her family.

It was explained to Florrie that the carers were not there to take her independence away but to help and support her. At first, Florrie was only able to do very little care for herself without getting too tired. But after a few weeks, with encouragement and patience from her care team, Florrie was able to do most things herself, and our carers were there to offer support with the things Florrie was still finding difficult.

Florrie loves the chats she has with her care team and says they brighten her day as they are always smiling. Florrie loves telling them about her life in domestic service and how after she married, she spent the war years raising her children while her husband was away in the army.

Florrie often talks about how she values her carers as she feels they help her to stay independent even though she lives with her daughter. Florrie can also now help with some of the housework and often likes to wash up after dinner.

In February 2020, Florrie celebrated her 100th birthday and was visited by Nayland Care owner, Yvette, who presented her with a bouquet of flowers and a birthday cake. Florrie was overwhelmed and said she felt so special that the Yvette had gone to see her, and she spoke about the visit for weeks after.

To sum up our home care case study, Florrie has often said that after years of looking after other people she never thought she would one day need help but is very glad that she has Nayland Care to look after her as in her words “They really do care.” 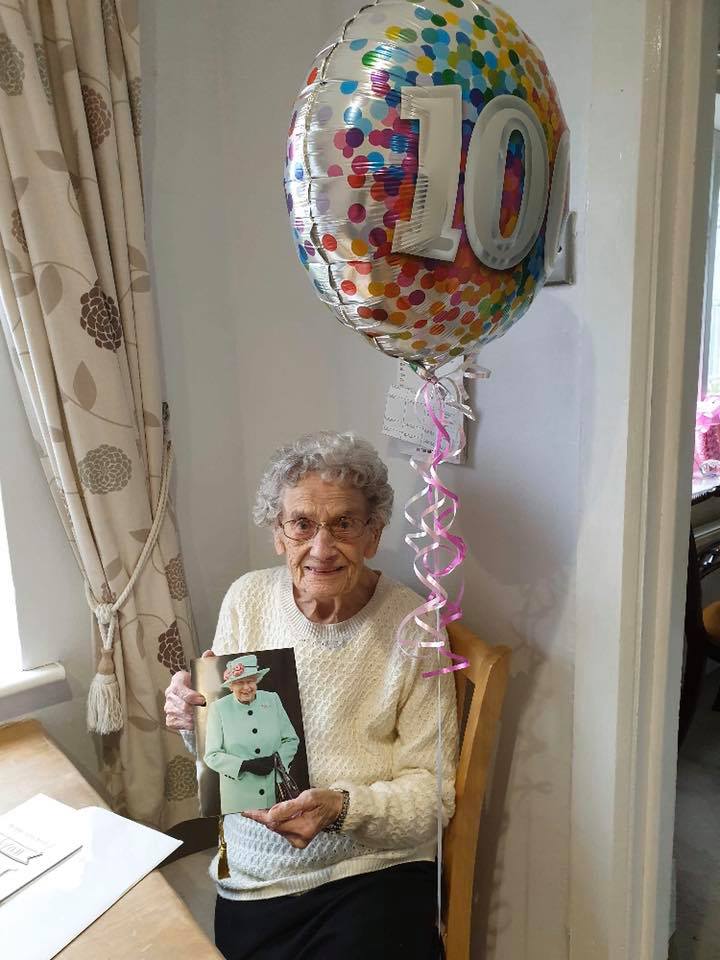